MENU
Back
Becoming A Voice Actor – A Recipe 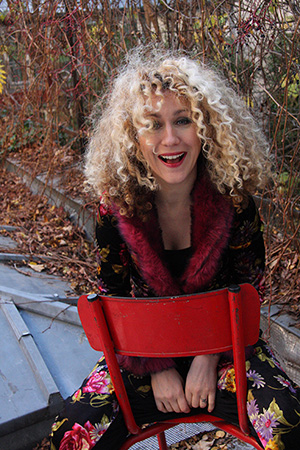 In the course of my career, up until now, I’ve been asked many times for advice on how to become a voice actor. The truth is, you could probably safely say there are as many roads into voice acting as there are voices! That may sound a little exaggerated but trust me when I say that the method promoted by many voiceover coaches or schools and the like is by no means the only tried and tested route into this much-coveted profession – in fact, in some cases, the final product they’re offering leaves one feeling somewhat shortchanged.

Let me explain. One of my voiceover agents in Paris agreed with me that one learns voice acting by… voice acting! When it comes to gigs, there are countless possible job scenarios and descriptions, each one unique to every client and every project, not to say every single session! It would be almost impossible for a voiceover school to cover the entire spectrum of possibilities, although they may give an insight and ‘take the edge off of it,’ so to speak, so that a beginner could jump in the deep end without feeling he or she is going to drown. But the fees of these schools are often pretty high, out of proportion with ‘just getting your feet wet before the big plunge…’

So what does it take and how do you go about becoming a successful working voice actor? The first ingredient, in my mind, is MOTIVATION. Needless to say, this is handy to have in any profession but when it affects an artistic area such as this one, it’s important to have the drive that will keep you going even if and when you feel your chips are down or that it’s not going as fast as you’d like it to. If you have a genuine impulse to work hard and make it, you’re half way there!

Secondly, yes, it takes a certain talent. Some are ‘born with it,’ so to speak, others have to shed sweat, blood and tears to get a decent result. But there is a way to develop and refine the skills involved in voice acting: LISTEN! Duh!, you might say. But actually, there’s a lot to it: listen to what the pros are doing. Why does the voiceover for Maybelline New York (you know that raspy, self-confident American woman that makes you feel your night out on the town is going to be savage?!) sound radically different from the one for Geico or McDonald’s?… If you haven’t guessed yet (which you probably have – I don’t mean to sound patronizing…), it’s because the products they’re selling are totally different and therefore address a completely different audience.

Once you’ve started to narrow down the various types of vocal qualities and moods or intonations of the voices on these various ads, or in a documentary, or on a phone message – whatever it might be – you can get a feel for where you would be comfortable, given your gender, age, tone of voice, vocal and acting capabilities, emotional expression, etc. etc. Once again, some people have a knack for doing all kinds of voices – from sensual or downright sexy to wacky cartoony or strictly corporate, as well as characters of different ages or genders to their own. Others, on the other hand, have a more monotone voice or emotional ‘barometer,’ limiting them to a certain type of vocal register. But that doesn’t mean to say they’ll get any less work; in fact, it might help them to specialize in a certain area and get lots of work out of it.

So how do you go about getting your foot on the ladder of success, as a first step to escalating VO Mountain*? Again, this differs from one person to the next but if the foundation of motivation is in place, as I mentioned earlier, it will definitely give you a leg up. Having said that, sitting on one’s couch mulling over one’s motivation never got anyone very far! So, practically speaking, what’s the deal?

Let me tell you my story, to give you an idea of one of the ways you can go about it. This isn’t the only way but it certainly worked for me and I think some of the ingredients present could work for anyone (in any field of work, for that matter). I got hold of a big directory that listed all the production and post-production companies and engineers in the region where I was living (Paris, France, at the time). This was in the Nineties so it existed in book form, but nowadays, you’d probably use the Net. Then I cold-called every single person on that list, by phone, carefully noting down what each one said, for future reference. I introduced myself as a voice artist with some but little experience. This is an important point: I never lied, I merely capitalized on the little work experience I had in the field of acting or voice acting. If you’ve ever spoken in public or even played a part in a school play, or done any performance of any kind, you can use that as part of your presentation as an up and coming voice artist!

In any case, the way you present yourself on the phone, on that first contact with a potential client, is very important. Make your spiel swift, efficient and confident and ask them if they have a NEED for the type of service you’re able to offer. You’ll probably get a lot of ‘Negative’s; you may even get some major brush-offs. The main thing is to KEEP GOING!!! (Remember the emphasis I put on “motivation” earlier on: this little gem is your locomotive for keeping your Promotion Train rolling along the tracks!).

As soon as you have a potential client that ‘bites,’ note down exactly what they want from you and deliver it as fast as you can. They will probably ask for a voice demo. This is a whole subject in itself but here are a few key facts to take into account when preparing this:

Let me take you back to my particular story again: I knew someone who worked in a studio so I asked him to help me make a short demo reel. A potential client or voiceover agent wants to hear a reel of 1 to 2 minutes (no shorter, no longer). You can do it the way I did and grab a book on dieting and use the text on the back cover as if it’s a read for a TV or radio commercial; I also got hold of a CD (yes, back in the days of CDs!) about a well-known art gallery and selected some of the text out of its presentation booklet and read that like a documentary read. These few fake reads (I wasn’t lying, I was just presenting my voice for potential clients or agents to hear) got me 2 agents and a bunch of direct clients. And then, of course, when I started working, I was able to ask the recording engineers I was working with to give me copies of those new sessions, to make a new, better reel. And so on… I was on my way up Mount VO with a bit more baggage but a lot more air…

So, to conclude on this little dissertation: there ARE people out there who NEED the talents you have to offer. You must be prepared to have fun playing the game of finding them. And once you’ve narrowed down one or two, you can go about seeking out others with similar needs that are likely to want your services too!

Good luck on your way up that mountain. Oh, and don’t forget to pack a few bottles of water: you’ll be needing them in the booth!

* VO stands for Voice Over (the technique by which a voice is placed over an image).